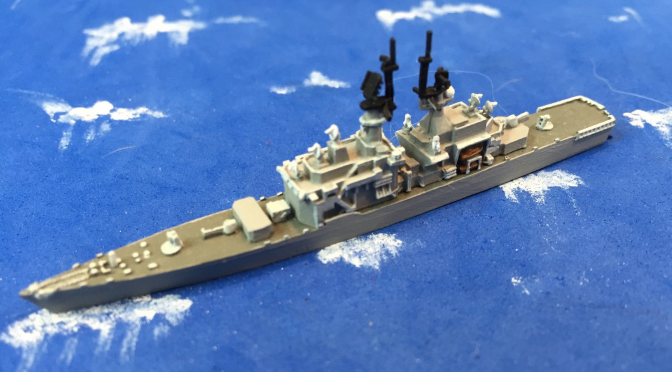 Pictures of 1/2400 modern naval miniatures are not prevalent, even on manufacturer websites.  GHQ and Sea Wulf are the most complete.  Viking Forge is next best.  Pfc. C-in-C and Superior have none, though Odin Arts and Collectables once had pictures of all of Pfc. C-in-C’s range.  The designers on Shapeways at least put up pictures of the rendered model, which is much better than nothing.

I have steadily gathered a cache of pictures that I will eventually post at whenimaginationfails.org using s jolly H4‘s comprehensive list.  Finding pictures of miniatures, painted or not, via searches tends to turn up very few pictures.  The best sources tend to be the few blogs of modern naval miniatures players (av8rmongo being a good one) or people selling them on eBay.  The most prolific purveyor of said painted miniatures is gak8346.

Here is one example of his work: GHQ’s California class CGN which I scooped up: 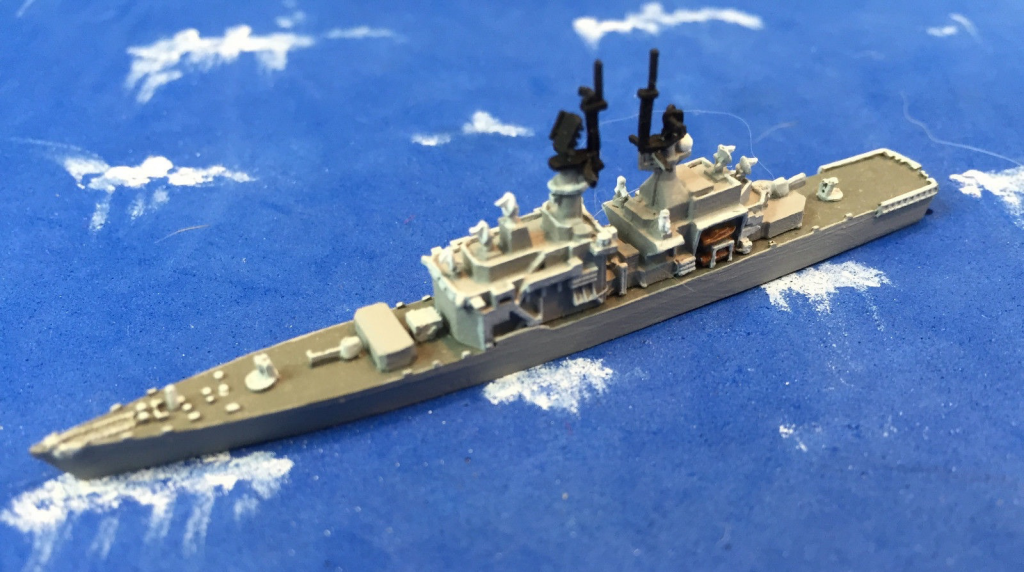 He does commissions, so if you find that you don’t have time to paint your naval miniatures, gak8346 is your man.