Short post today, though I may have more later.

Searching around to watch something with the family on Wednesday, we happened on Rango, which we missed when it came out in theaters.  It was funny and seemed a Chinatown with cartoon animals and a happy ending.  Johnny Depp was the voice of Rango, so its humor was a little off center, which I rather liked.

On Thursday, the kids went to see the local fireworks show while my wife and I went to a Billy Bragg concert.  I was surprised that I saw fourteen people I knew there, especially since many were folks I would not have expected to be there.  The first half of the concert was his Woody Guthrie/Mermaid Avenue songs, while the second half was made up of his other work.  The crowd was a mix of ages, though generally white, and a higher percentage of folks over 40.

Three quotes of his I rather liked:

The last quote not withstanding, he is still very much the socialist and a fine musician and song writer at that.

The German Pirate Party created Liquid Feedback over a year ago to allow party members to debate and decide on their platform and other issues. They have been using it successfully. Here is a video explaining it (in English):

On Sunday, 7/1, I will be helping with the Massachusetts Pirate Party’s hackathon to get our own copy of Liquid Feedback running. We will start at 3pm and will go until we are done or until asked to leave, whichever comes first.  The hackathon will be at 45 Bromfield #2, Somerville 02144.

Please sign up if you want to help so we know who will be there. 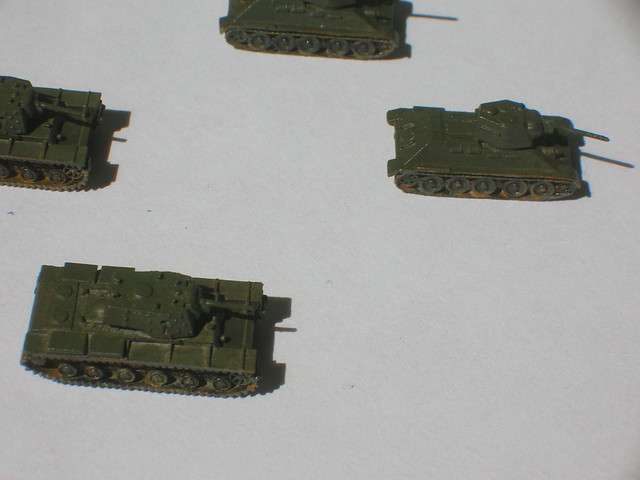 Over the last month I have found a bit of time to paint a set of miniature German & Soviet Eastern Front tanks.  You can see a slide show of some of them.

I have some Dutch YPR-765s to paint first though.

I posted two of the miniature game rule sets I been working on over the last many years.  Both are not complete, but it is better that they are available for comment than that they sit alone and unloved (except by me) on my computer.  They are posted on the side bar, but you can also find them here:

The two movies I have most eagerly anticipated are Prometheus and Brave.  Thankfully I was able to see both of them over the last week.  I won't say anything about their plots since I don't want to spoil them for you, but will only talk about my own perceptions of them.

Prometheus is a loose prequel to Alien, that while not connecting the dots completely and so leaving room for a sequel, generally succeeds in that effort.  I had glanced at multiple reviews that panned it, but I went into it firmly intent to willfully suspend my disbelief.  While I am sure that there is a back story that explains some of the weirdness in the decisions the characters made, all in all I found the story worked and certainly kept up its rapid pace.  While I feel the first scene should have been deleted to maintain the mystery of the aliens, I was not taken aback that the characters could be quite as stupid or a noble as they were.  Doubtless, the story would have been better if they had spent an additional half an hour to flesh out the characters, but all in all Prometheus succeeded as an action/horror film.

Brave didn't telegraph its plot nearly as much Prometheus, and managed to surprise me about 1/3 of the way through the story, though looking back on it it probably shouldn't have.  Pixar, as usual, developed its characters and showed us why we should care about them.  That the two major characters are female is a welcome change from their past movies, and while there are meta similarities to Finding Nemo, the story is original.  While I was left thinking it was a bit too short and knew it would have a happy ending, it still managed to choke me up, though not nearly as well as the final scenes in Monsters Inc.

The one failing that both Prometheus and Brave have, however, is that both studios released far too many mini-trailers or behind the scenes clips.  I feel that they distracted from the mystery in both films.

That all said, I certainly feel that both films are well worth seeing in a theater, preferably with as large a screen as possible, and both will improve with future viewings.

Dissatisfied with the rules out there for large star ship fleet actions, I started work on my own set.  While I have run a few games with them, they aren’t done, but you are welcome to use them as you wish:

My By Will Alone site came about because of a nonviolent direct action miniatures game I have been working on.  I haven’t done much with it since 2007, but if you want you can find the rules I wrote:

I have play tested it a few times, pictures of which you can see from the front page.