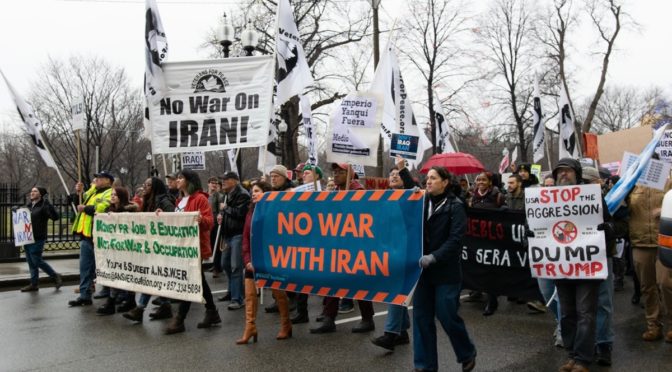 Finally getting around to editing past photos. These are from the Boston Anti-War March on January 4th, 2020. I start with the ones I liked that I consciously composed.

In this one I wanted to contrast the Veterans for Peace flag with the Boston Police surveillance camera, but didn’t quite get enough of the camera in the photograph. What I did get, looming over, is the church (religion) and the office building (finance/bosses/capitalism) in the murky distance. Probably too subtle, but I like it: 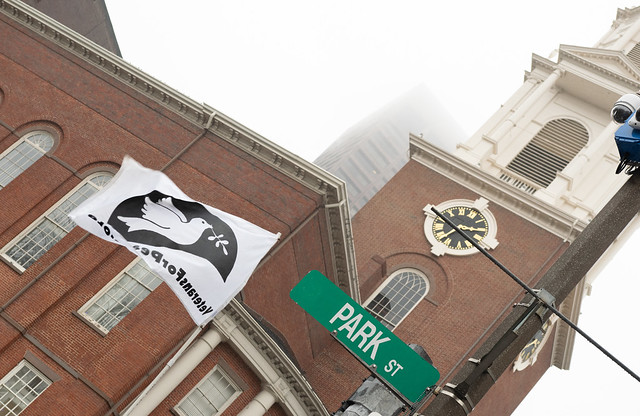 Later in the march we reached part of the theater district which was well lit on a rainy afternoon. I liked the contrast between the bright theater lights and the warmly clad protesters: 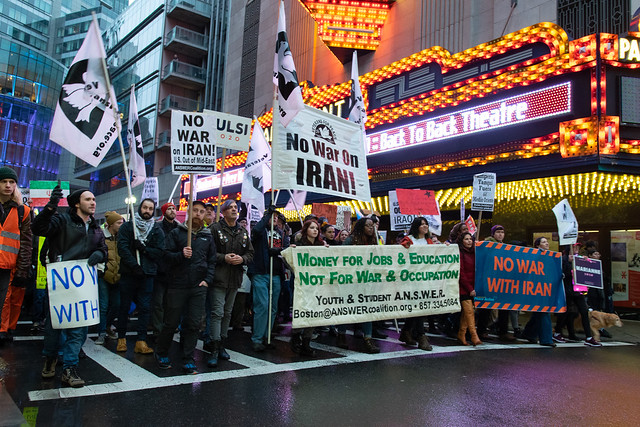 I was trying to position the star over the protesters, but I was too close to get the composition I wanted with the next photograph: 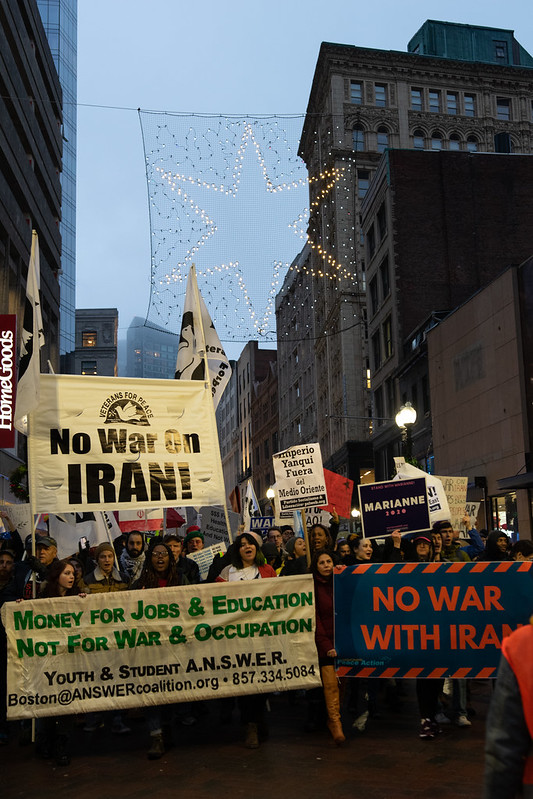 I liked the contrast between the man, at work in a jewelry store, watching the protesters flags and banners march by: 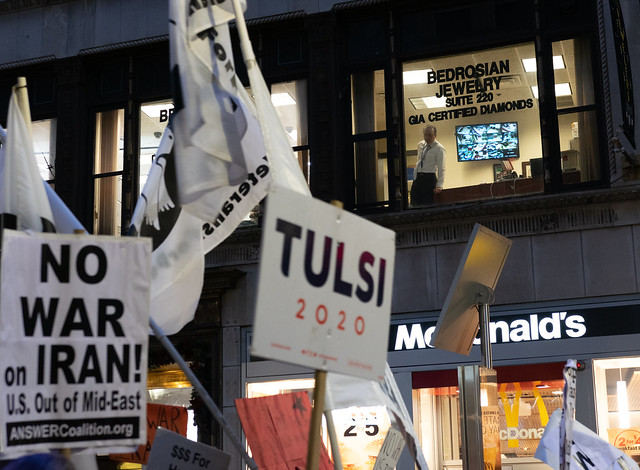 One of the better photographs of people recording the march, though I should have moved a bit more to the right: 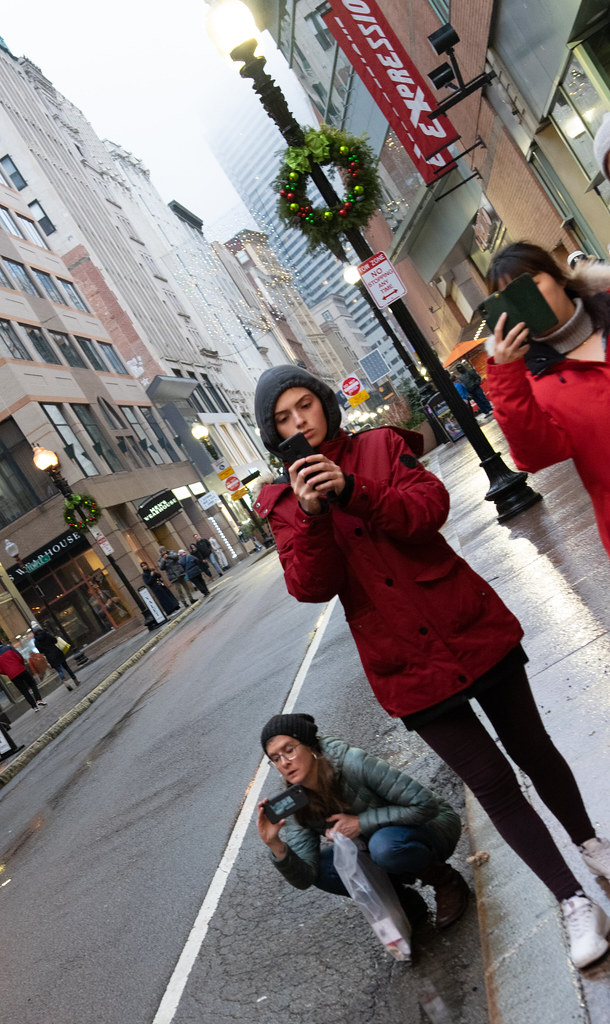 Some of the signs: 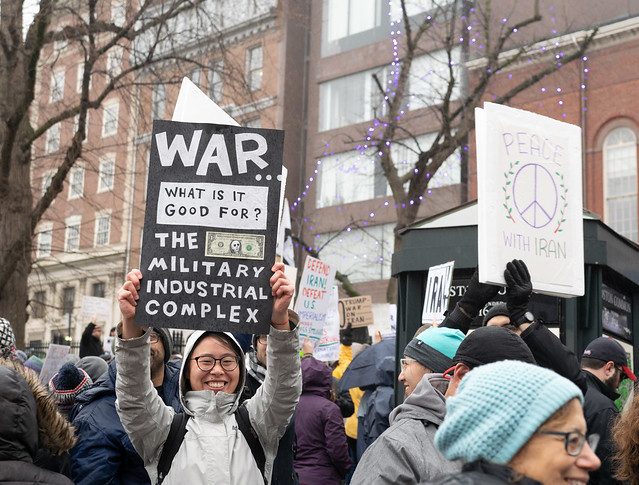 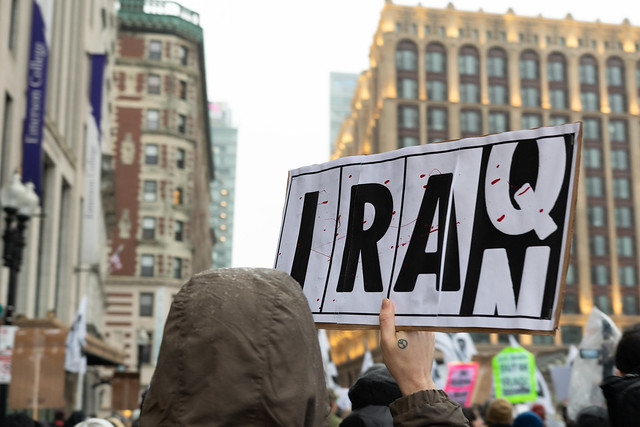 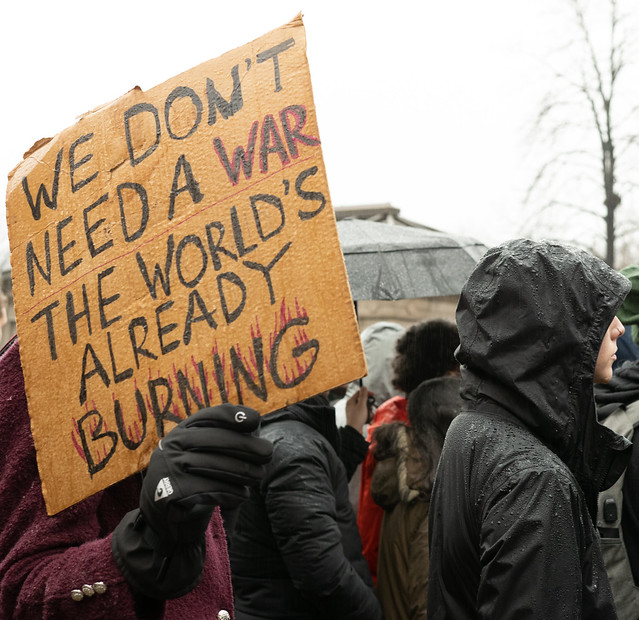 You can also view other photos I took from the march: