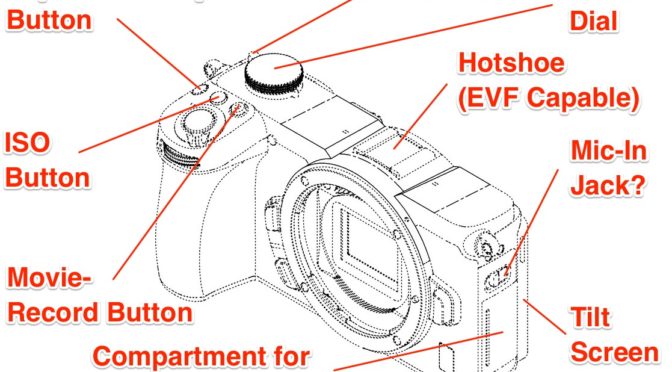 Of the two APS-C Z mount cameras, one was a new design, while the other patented a different part of one of the cameras looked at earlier, specifically the one I called Zb. It also included better line drawings and 3D images of it.

Nikon appears to be developing at least three different APS-C Z mount cameras. I marked up the designs for each of them and will talk about their similarities and differences.

I am not the only person to think there was a reason the Z6 and Z7 were identified with the numbers they have. Nikon compares them to the D750 and D850, respectively. Which means there are likely six other DSLRs that will have a mirrorless equivalent. I believe the three designs we know of are the Z1, Z2 and Z3 models. According to Nikon Rumors the first APS-C camera will be the Z50.

This camera is rather thin with only the lens mount and grip jutting out. The grip is shorter than the other two cameras. It is a stills only camera with no way to record video. It has a tilt screen, popup flash and likely a popup EVF. It has few controls and is limited to an on/off switch/shutter release button, a mode dial with and Lv Switch (as seen on the D3500), front and back dials, menu button, picture view button and multi selector for scrolling through the menu and pictures. I identified the different components below:

I marked the location of the flash and EVF where I think they should be. It is possible that the flash and EVF are swapped with the EVF in a range finder position. Likely the Lv switch is used to popup the EVF.

Should the compartment I mentioned not hold a memory card, it probably holds any ports the camera has. Considering the size it probably has USB and HDMI ports.

I find it interesting that there aren’t controls to zoom into/out of the photos the user has taken or delete them. That seems to be a feature of all three cameras and points to a touch screen that allows pinch to zoom and has an onscreen icon to delete a photo or allows swipe to delete.

This camera is a stills/video camera with a tilt screen, popup flash and likely a popup EVF. It has more controls than the Z1 and adds buttons for exposure compensation, ISO, recoding movies on the top and AF-ON, release mode and another (info maybe) buttons on the back. It also has a built-in microphone and likely a mic-in jack. I identified the different components below:

My comments about the Z1’s flash, EVF, side compartment and tilt screen apply to the Z2 as well. Considering that I think the Z2 is the D5600 equivalent, I am surprised that it does not have a screen that flips out and can rotate 180 degrees. It could have a screen that flips forward over the top of the camera as the Sony APS-C cameras do or over the bottom of the camera as the Nikon a1000 does. Neither is an ideal design as it would interfere with a microphone/flash mounted on the hot shoe or prevent a user from using a tripod.

The Z3 has a similar set of features and controls to Z2 except that it lacks the popup flash, popup EVF and microphone. I identified the different components below:

I find it hard to believe that Nikon would create a mirrorless camera that is equivalent to the D7500 without an EVF. Like the Canon M6, I expect Nikon will have an EVF that a user can slide into the hot shoe. However, I believe that this EVF will look more like the EVF on the Z6/7 and will have its own hot shoe to allow a user to attach a flash. The recessed area on either side of the hot shoe as well as the fact that the top of the camera tapers inward toward the front would help to keep an EVF in place.

I do not believe that this camera is the Z4 (D500 equivalent) since I expect that body would be more like the Z6/Z7 with its greater number of controls and weatherproofing. I also expect that if any APS-C mirrorless camera is going to get a stabilized sensor, it is the Z4.

The top view of the Z1 shows the lack of a microphone, since it is a stills only camera, the likely popup flash and EVF as well as a shorter hot shoe. There seems to be space so I am not sure why the hot shoe is so short.

The top view of the Z2 shows that the body and grip are clearly wider than the Z1. The microphone is clearly visible.

In the Z3, the recessed area around the hot shoe is quite clear and shows the V shape that would help hold an EVF. The lack of a microphone is clear.

Looking at the bottom, the Z1 clearly has a smaller battery than the two other cameras. That fits with the fact it is a stills only camera. Strangely there does not appear to be a tripod mount which seems very strange and undesirable.

The Z2 and Z3 clearly have larger batteries than the Z1. Also, neither appears to have a tripod mount. None of the other design patents are missing a tripod mount. I really hope that is just an oversight in the design document.

Nikon is trying to standardize its mirrorless cameras in a way it hasn’t its DSLRs. The Z6 and Z7 are identical except for their sensors and software (ISO/focus points).

With the addition of these APS-C mirrorless cameras, it looks like all Z mount cameras will have the same two function buttons in the exact same place next to the mount. Additionally, all three APS-C cameras have two grip dials: front and back. Standardizing feel and usability will help retain customers.

Nikon has acknowledged that fixed screens are a thing of the past and going forward, all Nikon mirrorless ILCs will have at least tilt screens. This change makes sense since tilt screens make it easier to see the screen in sunny conditions or see the screen while taking a picture on a different axes. It is a convenience feature that mobile phones are unlikely to have, especially as they get thinner.

Nikon is clearly learning from Sony and by embracing standardization, will hopefully better retain customers and reduce the cost of manufacturing its cameras.

The Z1, Z2 and Z3 are clearly geared toward different users.

The Z1 is a stills only camera that can be used easily to get better pictures than a mobile phone will give you. I am not convinced that removing the ability to take videos is a good idea, but it certainly simplifies the camera and leaves video to a user’s mobile phone.

The Z2 is a Z1+ which will suit advanced beginners. Some might see the Z3 as a lesser Z2 since it lacks a built in microphone, flash and EVF. I expect that what it lacks in such features will be made up for with a better sensor (maybe stabilized?) and software. I also expect the external EVF will be much better than the internal one in the Z1 & Z2. Those who need them can always purchase an external flash or microphone.

So about that Z4…

… or is it a Z5? There is another design patents to consider. It also came out on the 17th. That one is for a body like the Z6/Z7 and looks mostly similar to the one I mentioned at the end of my last article. Mostly similar…

The mount is slightly curved when compared to the earlier design (and the Z6/Z7). Seems strange to file a design patent for such a change if it isn’t another camera. I noted the differences below: 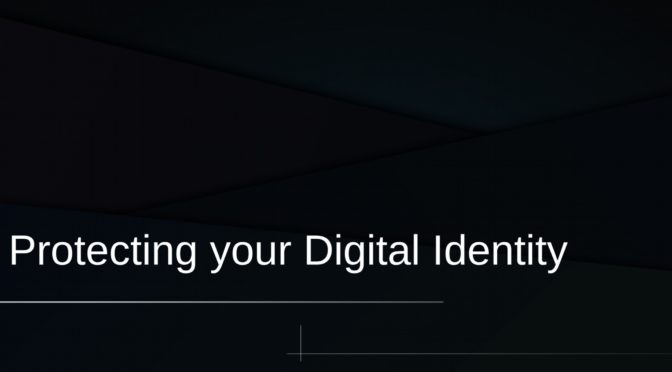