I put up the two most interesting photos from my Torvalus vs Shadows game.

Torvalus had bet on the development of the younger species at GLrdBffVb.  When the Shadows started to interfere in the GLrdBffVbians development and affect the Torvalus' bets, the Torvalus sent their Dark Knives to enforce a blockade of GLrdBffVb.

The Shadows decided to force the issue and run the Torvalus blockade.

In the picture below, after the initial clash, the Dark Knife in the lower left used its super maneuverability to retreat and get a side shot on the ancient Shadow cruiser while the others moved to engage the other ship. 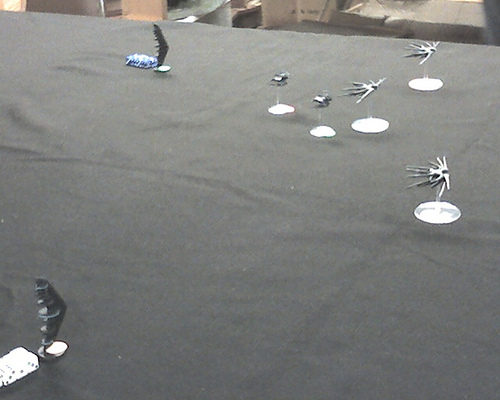 The view from the other ship: 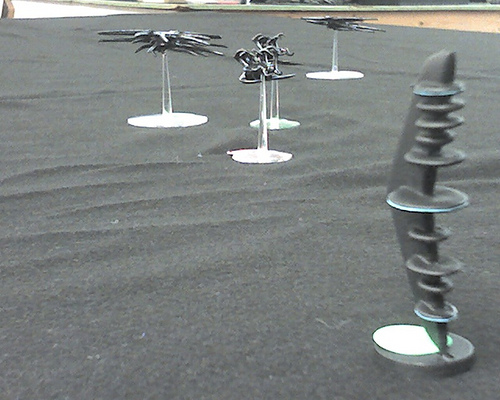 We had to cut the game short and so we never found out who would win.  Unfortunately, I couldn't find my normal camera and had to rely on my cell phone camera instead.