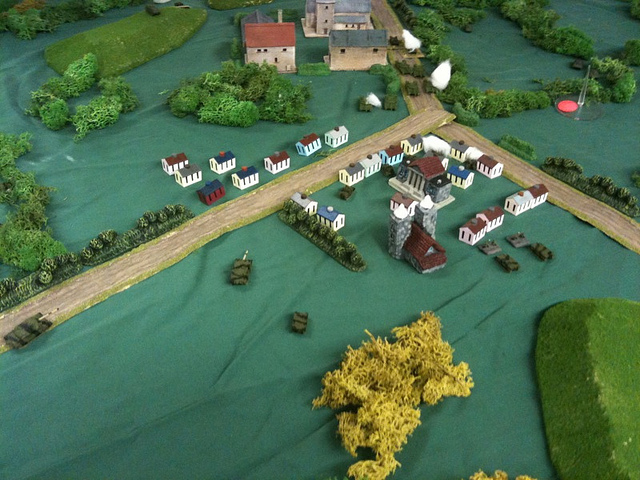 A year ago (cannot quite believe I am saying that) I finished enough of my UK moderns to run a decent sized Fistful of TOWs 2 game.  I have played or run a few Fistful of TOWs games, and it is my favorite rule set for this period, but, for this game, most people had not played the rules.  So it was a learning experience.

The scenario was a simple meeting engagement between two Soviet T80/BMP2 battalions and two companies of Challenger 1s with FV432 and Recon support.  It did not go well for the Soviets and if I run this scenario again, I will increase the size of the Soviet forces.

I created a slide show of the game.  The Flickr set is here.