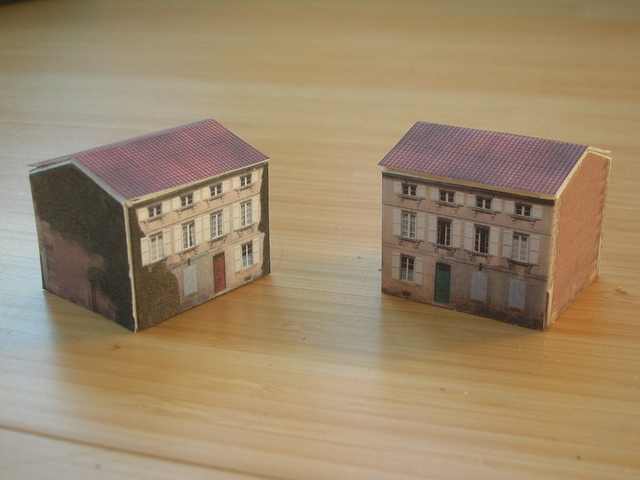 I printed the house, cut out reinforcements for the walls using thin styrene sheets, then glued the paper to the styrene sheets using rubber cement. After I put it together, I used styrene square tubes in each corner to reinforce it. See the next picture.

For the roof, I reinforced it using two really thin styrene sheets on either side of the roof, then glued it to the tabs I left from the paper around the walls. I am not satisfied with how the roof went on and need to glue them better in the future. 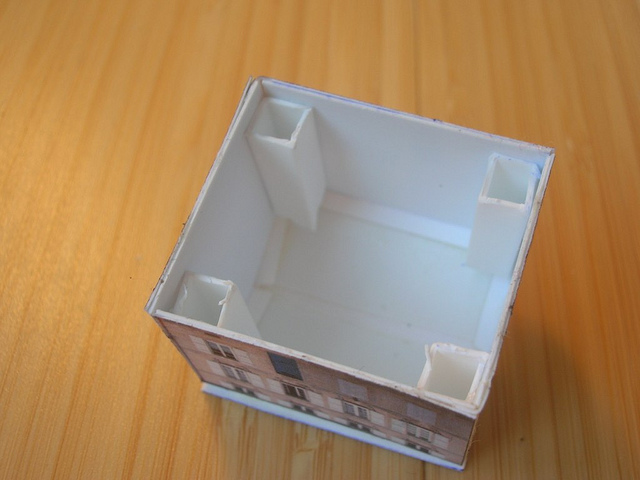 Looking at one of the houses from the bottom. You can see the thin styrene sheets I used to reinforce the walls and roof. After I put it together, I reinforce it by gluing styrene square tubes to the styrene sheet walls in each corner with Krazy Glue. The tubes were a pain to cut with a scissors, so next time I plan to use an L brace instead.

IanH's paper models are free and fantastic.  The only complaint I had was with the model on the left.  It looks to me like the sides were swapped and if you built it by cutting out in one piece, then the ivy on one wall wouldn't match the next one around the corner.  To get it to look right, I had to cut each wall separately and then glue them together in the order I thought they should be in.