I went to the Boston Rock Against the TPP Concert last Friday at Spontaneous Celebrations. It was organized by Fight for the Future and a host of groups including the Massachusetts Pirate Party. Two more are coming up.

Here are some of the pictures I took: 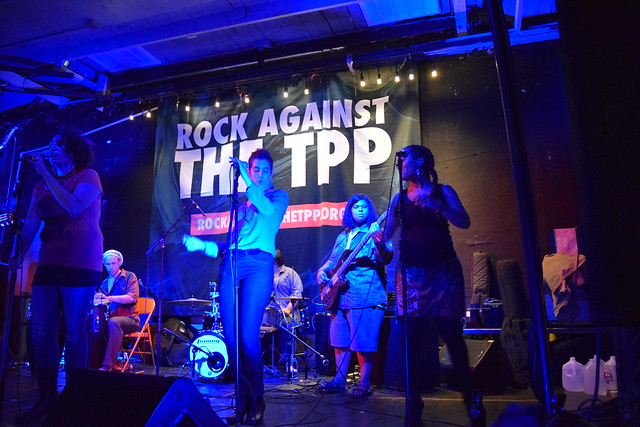 I showed up late, so I didn’t get pictures of every band, but I did record some of the performances. Here are some of them:

Foundation Movement (Sadly they are all out of focus)

The Finale (Get Up, Stand Up)