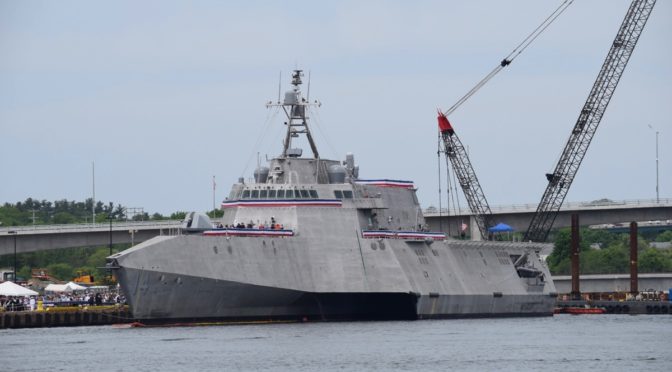 Last May, my son and I traveled to Portsmouth New Hampshire to photograph the USS Manchester (LCS-14) which was being commissioned.

It was tied up at the New Hampshire State Port Authority on the Piscataqua River. Since it was a weekend, we were able to setup across the river on Badger Island.

Later we moved to Kittery and found an open site off of Rice Ave. that allowed me to change perspective.

Also got a few close ups:

Afterwards, we visited the USS Albacore (AGSS-569), but I’ll post those pictures another day.