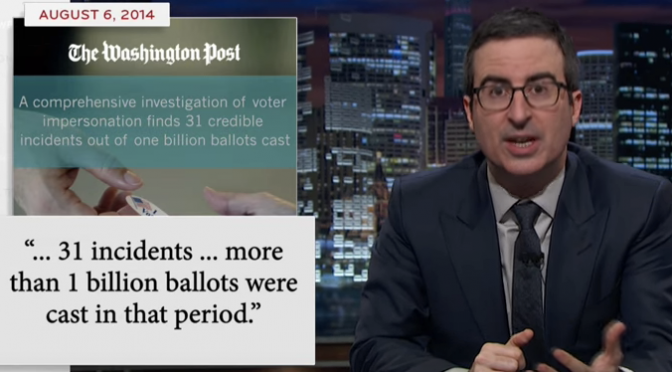 John Oliver has a supremely funny take down of voter id laws as a solution to a problem that does not exist. In one study there were 31 incidents out of over one billion votes cast.

Voter id laws are a Republican tool to limit the number of votes by people of color, the poor and the young. It is gerrymandering the electorate on a wide scale and will lead to disenfranchising millions of voters. Or as Brecht said:

Stating that the people
Had forfeited the confidence of the government
And could win it back only
By redoubled efforts. Would it not be easier
In that case for the government
To dissolve the people
And elect another?